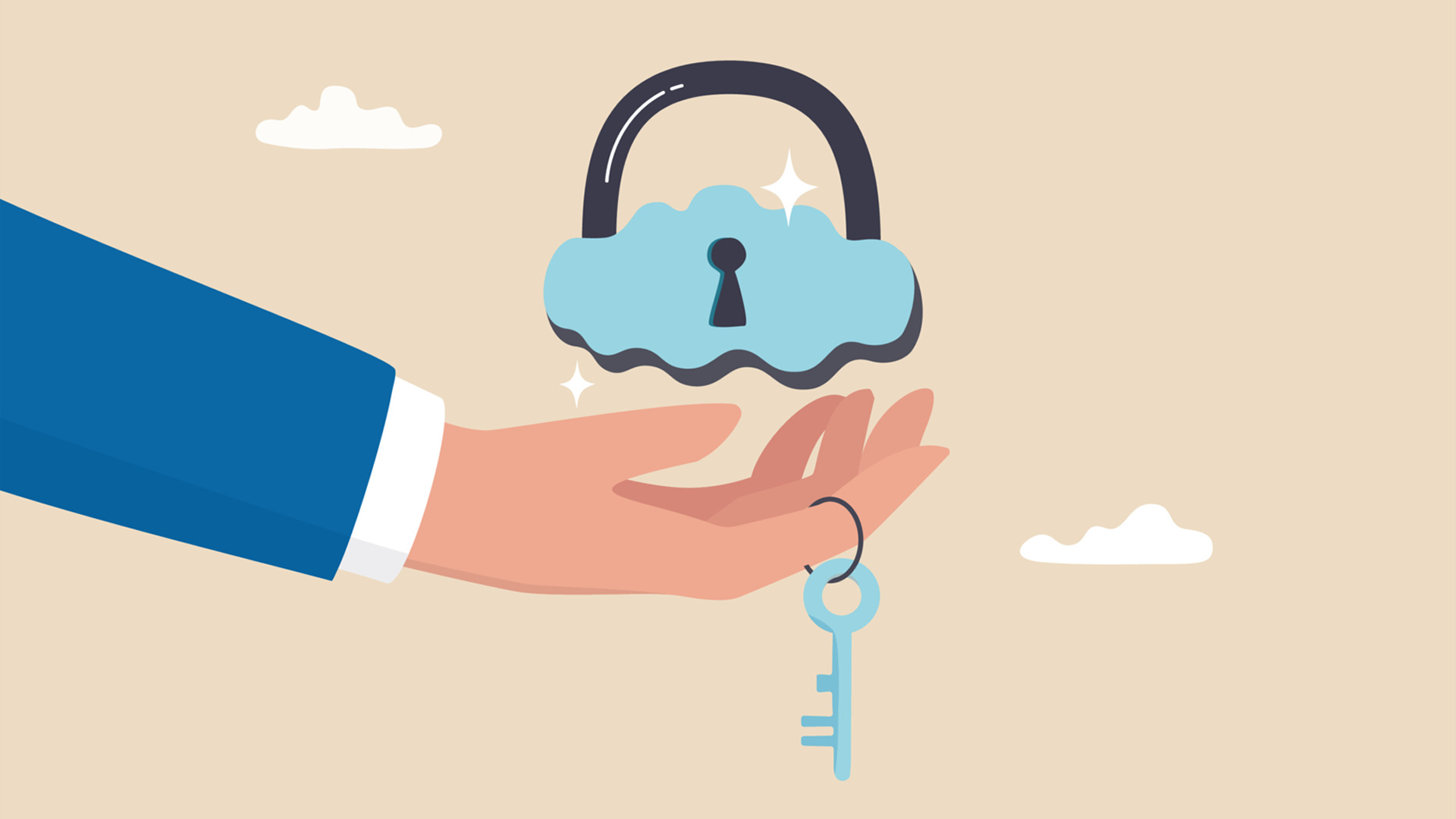 For years now, cloud adoption statistics have demonstrated a rising demand for flexible, agile services in the cloud. Increasing numbers of as-a-service offerings in the cloud and versatile opportunities for growth are delivering new paths for digital transformation for all kinds of companies.

Currently, Gartner predicts the rate of cloud adoption spending will increase to around $482 billion by the end of 2022. What’s more, the rapid growth of the cloud computing ecosystem means many experts predict the industry will be worth around $947.3 billion by 2026.

In today’s article, we’ll be looking at some of the most significant cloud adoption statistics worth considering if you’re planning on making the transition into cloud.

Research from Grandview Research on the current state of cloud adoption estimates a CAGR of around 19.1% over the forecast period between 2021 and 2028 for cloud technology. According to Grandview, this will lead to a value of $1,251.09 billion for the cloud by 2028.

The report notes the growth of cloud adoption comes from a range of factors, including rapid digital transformation among virtually every sector. Additionally, the rise of new innovations like IoT, 5G, and Artificial Intelligence is placing more focus on the flexibility of the cloud.

2. 92% of an organization’s IT environment is at least somewhat in the cloud today

The official IDG Cloud Computing study for 2020 found organizations are rapidly making the transition into the cloud. Within this research, the company found around 92% of an organization’s IT environment is generally in the cloud at least “somewhat” today.

Currently, only 8% of consumers say their entire IT environment is on-premises. Additionally, IDG also found that 46% of companies cloud-based applications were purpose-built for the cloud.

3. Companies waste up to 30% of their cloud spend

Wasted cloud spend seems to be a significant issue for a lot of companies, particularly as cloud costs and investments continue to rise. Respondents estimate around 30% of cloud sped is wasted at present in their organizations.

The issue with cloud spend wastage could be a result of companies attempting to rush into the cloud without a full cloud strategy in 2022.

4. 27% of customers are now using more than 1 public cloud

The Nutanix cloud index report for 2021 found almost all companies increasing their adoption of cloud in the current landscape. Around 56% of respondents said they’ve already adopted multi-cloud, and 80% plan to do so in the next 3 years.

The top reason for adopting the cloud in the study was “modernization” (53%). Private cloud usage also grew from 23% to 25% in 2021, and the number of public clouds in use among companies increased too. More than a quarter of all respondents reported using more than one public cloud.

5. North America and APAC are the Regions adopting Fastest

According to ReportLinker, North America is currently the most mature market in terms of cloud computing service adoption. The analysts believe the position of North America is due to several factors, including the presence of various enterprises with more advanced IT infrastructure, and the available access to IT expertise.

APAC is also expected to offer a huge number of growth opportunities for cloud computing vendors between the period of 2021 and 2026. Growth in these areas may become particularly significant with the arrival of emerging technologies like IoT.

6. SMEs are the Fastest Adopters of Cloud Today

At present, Small and Medium Enterprise companies (SMEs) register as the fastest-growing segment for the cloud adoption market from 2021 to 2028. Grandview Research suggests the reason for this rapid growth is SMEs searching for reduced hardware and software costs.

The report also reveals the IaaS segment is expected to deliver the highest CAGR over the forecast period, thanks to the increased adoption of multi-cloud in the space. Hybrid deployment will deliver the second-fastest CAGR according to the study.

7. 51% of companies have all applicable infrastructure in the cloud

According to figures produced by Rackspace in 2021, cloud adoption is picking up speed, now more than ever. The cloud company recently polled 1400 executives and discovered around 51% have all applicable infrastructure residing in the cloud.

The remaining 49% who are still making the transition into a cloud environment said that they plan to move as much of their IT infrastructure into the cloud as possible as soon as they can. Additionally, two thirds of the respondents said their compute workloads are supported either by managed hosting services, public cloud, or colocation tools.

8. Retail, Media and Finance have the Highest cloud use

A cloud adoption report by O’Reilly found that retail and ecommerce, media and entertainment, and finance and banding are some of the top industries for cloud adoption, followed by software companies. Cloud usage was virtually universal in retail at 96.9%.

Countless companies across multiple industries have increased their focus on cloud technology in recent years however. There has also been a significant rise in adoption among telecommunications, higher education and healthcare brands.

9. 70% of companies are now hosting more than half of their workloads in the cloud

A recent report from Palo Alto Networks found the pandemic (COVID-19) affected cloud adoption strategies significantly during 2021. The data shows businesses moved quickly to respond to a rapid demand for hybrid and remote work. Around 70% of all organizations now say they host more than half of their workload in the cloud.

Overall, the study found that cloud adoption grew by a massive 25% during 2021.

10. Successful cloud transformations are more likely with a cohesive strategy

Palo Alto Network’s research into the rapid adoption of cloud technologies during the pandemic found security concerns were still a major issue for many brands transitioning into the cloud. The company discovered a strong strategy was often a solution to this problem.

In the report, 80% of organizations with a strong cloud security strategy said they had improved workforce productivity. Another 85% of respondents said that they achieved a significant boost in productivity when they had low friction between security and Dev Ops teams.

11. Cost is still a major concern for cloud adopters

Among respondents using the cloud, the biggest concern was managing the cost at 30%. However, 10% of respondents said compliance is a minor concern. Worries about security and compliance were more likely among finance, government, and healthcare brands.

In its report on the rise of multicloud and the accompanying challenges for todays adopters, Nutanix highlighted “security concerns” as the main issue facing the majority of companies. 49% of respondents said they were worried about security in the multi-cloud environment.

Interestingly, 49% of respondents also said they were concerned about integrating data across different cloud environments. For 43% of respondents, the biggest issue was managing costs across various environments, while 42% of people were worried about performance challenges with network overlays.

When asked what was necessary to succeed with a cloud-first adoption strategy, respondents in the 2021 O’Reilly study mostly agreed on security being a critical concern. Cloud based security was noted by around 59% of respondents.

54% of respondents in the study said it was important for individuals involved with the implementation of the cloud to have “general cloud knowledge.”

14. AWS, Microsoft and Google are the Biggest Cloud Vendors

According to an O’Reilly study from 2021, around 90% of respondents are using the cloud on a regular basis, a small increase from 88% in 20920. The response to the survey was global, with all continents (except Antarctica) represented.

When exploring the most common cloud providers in the marketplace, AWS held 62% of the market, while Microsoft Azure held 48%. Google was following up in third place with 33%. However, O’Reilly noted Amazon’s market share has dropped slightly since last year.

15. More than 64% of organizations will adopt multi-cloud within 3 years

To begin this transition, approximately 91% of companies said they had moved one or more applications into a new IT environment within the last 12 months.

16. 64% of companies are planning on deploying SASE in the next year

The Aryaka sixth annual state of WAN report for 2022 revealed a number of interesting insights into trends around cloud adoption. According to the report, around 25% of companies expect their cloud and technology budgets to increase in the next year.

A move to simplify and adopt a more agile, cloud-centric approach is clear in this report too. Around 64% of respondents said they’re planning on deploying the Secure Access Service Edge (SASE) in the next year. Around two thirds said they would be option or managed SASE.

17. Over 28% of enterprises are approaching Quantum Adoption

Zapata Computing commissioned a survey at the end of 2021 to learn more about how enterprises plan on integrating quantum computing into their business with the rise of cloud adoption. Quantum computing aims to solve a host of common problems too complex for standard computers.

Zapata’s study shows a number of business leaders are already interested in this environment. 74% of respondents said failing to adopt this trend would lead to companies falling behind. Already, more than 28% of global enterprises are already on the path to implementing this technology.

New factors are beginning to influence the way companies invest in cloud solutions. Around half of the participants within the 2021 Gartner CEO report mitigation think sustainability will have an impact on their business. Cloud providers are now responding to this by instituting more aggressive goals for carbon neutrality.

Gartner also predicts new sustainable requirements will be mandated over the next few years, causing the choice of cloud service providers to hinge on who can provide the best green initiatives.

The emergence of the pandemic during 2020 and 2021 has prompted a number of companies to increase their interest and investment in cloud technologies. Around 90% of the respondents in a Flexera study said their usage of the cloud has become higher than initially planned as a result of the pandemic.

34% of SMBs said they had used significantly more cloud technology than planned during the period. Around 29% of enterprise companies said the same.

Hopefully these cloud adoption statistics for 2022 have given you an excellent insight into how cloud adoption in the current marketplace is growing. As more companies make the transition towards a future of digital transformation, there’s no doubt the adoption of cloud initiatives will continue to grow.