This content is reader-supported, which means if you click on some of our links that we may earn a commission.

What Is GPT-4 and How Is It Different from GPT-3? 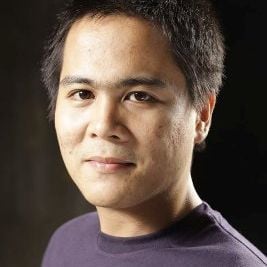 Artificial Intelligence (AI) is revolutionizing the world as we speak.

It allows us to put menial tasks, ranging from data collection and interpretation down to decision-making abilities, on autopilot.

Of all its futuristic capabilities, however, Generative Pre-trained Transformer (GPT) is arguably its best yet.

In fact, the upcoming GPT-4 stands as one of the most promising AI models as far as online publishers are concerned.

In particular, this AI model allows users to create relatively well-written content with a click of a button.

From here, GPT-4 brings the possibility of creating unlimited amounts of content at a fraction of the cost. It questions whether the rise of AI-written content powered by GPT 4 will bring a massive shift to the content writing industry.

But let’s not get ahead of ourselves just yet.

In this article, we’ll discuss GPT-4 a step at a time. We’ll talk about what it is and how it differs from GPT-3 and other state-of-the-art AI tools in the same family.

From here, we’ll see how GPT-4 could affect everybody in the industry, from consumers to coders and developers.

GPT-4 is a language processing model that can generate human-like text with the help of AI.

In other words, it can keep learning to produce more natural and relatable human language for its generated text.

Below are some of GPT-4’s use cases:

To create these content types, just input natural language on the query bar. The model will then transform it into more comprehensive text, no matter how short your prompts are.

GPT-4 will be a more powerful version of GPT-3. Its design is different, and it’s a smaller model.

Below, let’s look at its accuracy, cost, and modality.

According to OpenAI, GPT-4 may be more accurate and can follow instructions better. It’s because its design features fewer AI alignment problems, one of the top concerns in the field of AI and data science.

And not only does it give way to using the human brain and inferring users’ intentions. It can also describe the challenge of designing an AI system harmonizing with relatable values, desires, and beliefs.

And according to people’s assumptions, its power of accuracy is high. They say that GPT-4 will feature a neural network with five times more capacity than other language models and AI tools.

Finally, GPT-4 is expected to feature 100 trillion more parameters. Its high number is achieved by training it to produce better results.

Based on the data, GPT-4 may be costly. But it comes at a reasonable cost. The cost is also worth it, considering the time, energy, and effort you can save.

A text-only model uses text to convey a message.

It differs from multimodal AI. It uses multiple modes to communicate.

While GPT-4 will be a text-only model, GPT-3 is multimodal. It implies GPT-4 will process things differently—and in a world used to multimodal activities.

How Is GPT-4 Different From GPT-3?

When GPT-3 came out on June 11, 2020, people responded positively. Soon, when OpenAI launches GPT-4, the response may be positive, too.

Below are the features that make GPT-4 different from GPT-3:

Based on this, it’s reasonable to think that OpenAI will continue with the trend. If so, GPT-4 will be bigger than GPT-3. It may also perform tasks previously considered impossible.

GPT-4 Can Learn Faster and Better, Even With Fewer Examples

GPT-3 excelled in few-shot learning and multitasking. And it follows that if GPT-4 featured more parameters, it would be a faster and better meta-learner.

It can learn to multitask with fewer examples, just as well as people can. Based on how GPT-3 is—on how it can understand that it needs to continue conversations, you can expect GPT-4 to be better.

GPT-4 May No Longer Depend on Prompting

When you create a prompt for GPT-3, it will deduce information. This can be an advantage considering it can help tell an honest story. The problem with it, though, is the prompt can produce bad results.

Because people expressed this concern, GPT-4 may address it. It may assess the quality of a prompt first before deducing information from it.

GPT-3 has limited memory. Its API allows a user to input text between 500 and 1,000 words—making it impossible to develop code for large programs. It’s also forgetful, and it has difficulty creating coherent structures.

Fortunately, people recognized its limited memory as a problem and proposed ideas for improvement. And GPT-4 may be proof of their implementation. If so, it’ll feature a larger context window.

GPT-4 Will Use a Dense Model

With sparse processing models, you can reduce computing costs using conditional computation. It can scale over 1 trillion parameters without high computing costs.

But, GPT-4 will not go down this route. While OpenAI knows it can train large language models and accelerate deep learning with lower resources, it still won’t rely on sparse models.

The Implications of GPT-4 for Dense Language Models

Inarguably, GPT-4’s design as a more powerful GPT model can make lives easier. And its release can shake things up.

Below are discussions about the implications of GPT-4.

What Will the Introduction of GPT-4 Mean For End Users?

While GPT-4 and AI-generated content has promising advantages, it comes with risks, too.

If it lands in the hands of malicious internet users, they can be the ideal tools to spread misinformation like wildfire. And considering that it holds more power than GPT- 3 and the other GPT versions, the damages are greater.

Below, let’s elaborate on this subject by discussing GPT-4’s implication across all parties involved.

These are the people who will use GPT-4 for personal or commercial purposes. They could be random individuals that use writing aid apps to help improve their day-to-day lives or websites.

There are many ways they can use GPT-4. For one, they could use GPT-4 to help them deliver human feedback and identify human-made errors in their writing.

Unlike consumers, businesses are about providing solutions to a need. They are pragmatic, and they facilitate serving consumers.

The introduction of GPT-4 (among the best AI writing software) is ideal. Because the Artificial Intelligence and AI software markets are ballooning in size, businesses can capitalize on this trend.

For example, they can use it to generate large volumes of website content faster (and remove all the automated copy). Then, they can distribute the content to more outlets—helping them improve their marketing.

The result is that they can promote themselves better and look out for more ways GPT-4 can help improve their processes.

Software developers and coders can express their enthusiasm for the release of GPT-4. If they’re tired of low-grade programs with outdated AI tools, this long-awaited GPT-3 upgrade can help them. With it, they can create more functional programs.

As a result, GPT-4 can help them optimize models for more efficiency and make them rethink how they build things. It can also inspire them to aim for futuristic results.

For example, coders can train GPT-4 to detect anomalies in their written code. This way, they can focus on essential work—instead of wondering why their code won’t work.

Summary: What brings us GPT-4?

The goal of OpenAI in releasing GPT-4 is to help people create content better and faster with minimal human-made errors.

In a real-world scenario, this could pave the way for publishers to create human-like content at scale and lower costs. They can leverage GPT-4 to power their entire content strategy, which gives them complete control over generating content for their digital assets.

Businesses can capitalize on the demand for GPT-4 as well. By creating or building upon existing software, they can provide consumers with human-sounding text to power their content creation strategy.

The biggest innovation GPT-4 brings to the table is its independence from prompting. That means creating content from scratch and with minimal human intervention is possible with this AI model.

On the flip side, GPT-4 doesn’t cover content beyond text. That means it can’t produce AI-generated images like other models, at least not yet.

Nonetheless, there’s good reason to look forward to the potential of GPT-4 and its use cases. It’s now only a matter of time whether or not this AI model meets the hype.

Christopher Jan Benitez is a freelance writer who specializes in the digital marketing field. His work has been published on SEO and affiliate marketing-specific niches like Monitor Backlinks, Niche Pursuits, Web Hosting Secret Revealed, and others.

Boost your team’s productivity by customizing any workflow.

Plan, track, and manage any type of work, all in one tool. 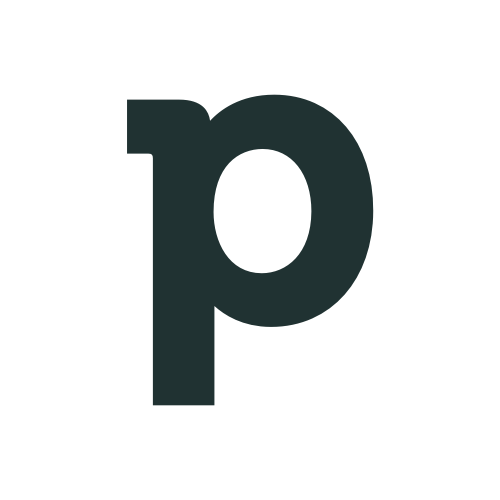 What is GPT-3 AI, and Why is it Relevant To Your Business?

How a GPT-3 Content Generator Can Help You Grow Your Business?